Agness Buya Ng’ambi Yombwe is quite a familiar name in Zambia’s contemporary art scene. Her name has become synonymous with mbusa* and traditional taboos, among other things. She was born in 1966 in Mazabuka. Agness is the third born child in her family and has seven sisters and two brothers.

“Agness is a name which I was given in memory of my fathers’ late mother. I am called Buya meaning grandmother. It is a common Tumbuka tradition to name a child after a deceased relative,” she says.

Agness grew up in Lusaka’s Libala neighbourhood. She realised her artistic traits when she transferred to St Mary’s Secondary School within the city, where she took up art and music, with Ms Sonia Hill as her art teacher. Creating art came naturally to her and the subject was her favourite in school. While in Grade 11, Agness came across an art competition in a copy of Orbit Magazine, a popular youth journal which was published by the Curriculum Development Centre.

“I remember participating in the art competition by doing a drawing, and after a few days I received an invitation letter to attend a prize giving ceremony at Curriculum Development Centre. I had won a consolation prize of a ten year, free subscription of the Orbit” she recounts.

The win inspired Agness to delve further into the world of art. In 1985, after completing her secondary school education, she enrolled at Evelyn Hone College of Applied Arts and Sciences in Lusaka, where she graduated with an art teachers’ diploma.

Agness’ artworks are intriguing and sometimes provocative, but most importantly, they are created from a rich ideology. The artist who has had an art teaching stint at home and abroad has lately been working with the concept of mbusa and traditional taboos.

Her interest to work with the concept of taboos arose from a discussion she had in 2013 with Global Sojourns Giving Circle an organisation which supports mentorship programs for children.

“I had this meeting with Global Sojourns Giving Circle founder Priscilla Plummer, from the USA and Anglican Church Reverend Canon Emmanuel Chikoya who was then priest at St Andrews Church in Livingstone. I was asked if I could help to mentor children in the church’s youth project” Agness recounts.

The highlight was that, many children lacked meaningful recreational activities and other endeavours that prevented them from engaging in destructive vices. Agness agreed to teach a group of children art and crafts as a means of engaging them in positive activities. According to the clergy, modern children were prone to delinquent activities unlike in the old days when taboos kept them in constant check.

The mention of taboos thrilled Agness. She quickly recalled an incident from her childhood which introduced her to the power of social and behavioral control backed by taboos. By then, she was only in Grade 8, excited with her new experience of being in an art class. Following her artistic intuition, she picked up a photograph of her father and drew his portrait. Bubbling with joy, Agness ran off to show her mother the portrait, thinking that she would be thrilled with her creativity but she was wrong. “Ni mzilo [It’s a taboo]”, she warned, her face filled with anguish.

Agness was terrified by the reaction; she had just done something considered taboo. She immediately tore her drawing. However, after learning her hard lesson, she never stopped but kept drawing everyday objects.

Several years later, Agness confronted her mother about the taboo drawing incident. “Did I say that?” her mother responded in shock. “If I did, it was only because I had never seen anything like it before,” she confessed.

Today Agness has recollected many ‘taboo’ memories from her childhood and across society which is creatively weaved into her work. She finds working with the concept of taboos and indigenous knowledge an interesting experience which she has since compiled in her book, Ni Mzilo.

“Despite the wide spread Christianity, people still talk about taboos in our contemporary society. They still believe it is not right to sweep the house at night or not sit in the door way or for a mother to say bye to people when you are going to give birth. But again taboos are not just African, they are observed the world over” she says.

The illustrious mixed media artist also came to learn about mbusa tradition when she married artist Lawrence Yombwe, a Bemba man from Kasama. Agness told me she is Mfungwe-Tumbuka. She and Lawrence are a unique couple. Both possess immense artistic talent and are a stronger force when working together and have contributed so much towards growing the local art scene. They live amidst art with a studio and gallery at their Livingstone home.

Agness and Lawrence are now famed for promoting mbusa through contemporary art. The couple has employed the mbusa l knowledge in their conceptual art practice.

“Mbusa is a sacred ritual that conveys precepts to regulate families, gender relations and society. The knowledge is passed through symbolic drawings, folklore figurines and performances. The matron or bana chimbusa’s main objective is to initiate responsibility in her subjects. Mbusa carries vital lessons on fidelity, commitment, equality, responsibility, compassion and encourages dialogue in a relationship. The Lunda, Luvale, Lungu, Bisa, Lamba and many other tribes practice mbusa, although it is still shrouded in secrecy, ” Agness says.

In her artistic practice Agness continues to explore indigenous knowledge systems and attempts to challenge certain taboos of society. She believes the mbusa norms have a vital place in contemporary society and should be institutionalised.

*Mbusa is a tradition associated with marriage and coming of age ceremonies in Zambia. 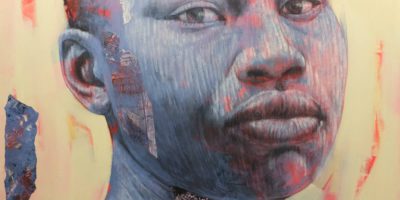 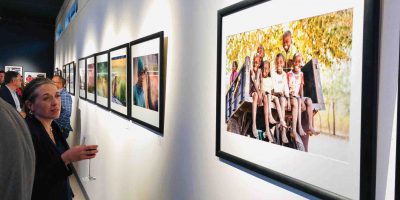 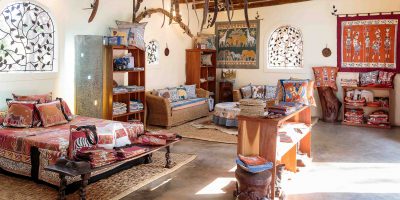 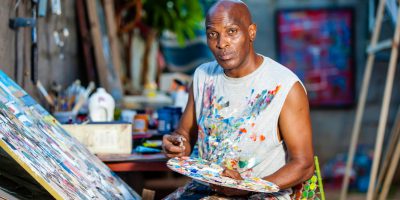 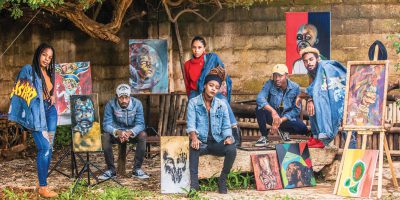 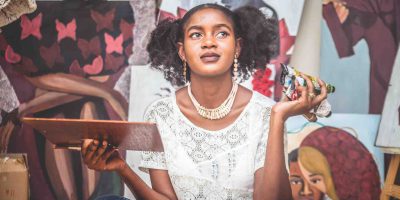